Skip to content
Google Map Directions from your current location

Online Services
Sundays at 10am 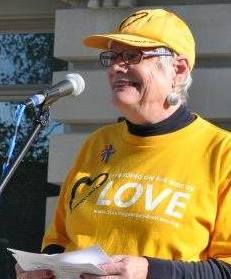 The Justice Saturday for July 25th is about GETTING OUT THE VOTE. November 3rd will be here soon. In the words of the late civil rights leader, Congressman John Lewis; “Voting is the most powerful, non-violent instrument we have.”

Today’s message is from Lynda Smith, chair of JAM (Justice Action Ministry) of this congregation. She offers her thoughts about the 2020 political season.

Next Saturday, August 1st, will be a webinar with Rev. Joan Van Becelaere (UU Justice Ohio & UU The Vote Ohio) and Rev. Susan Smith (Crazy Faith Ministry). They are also leaders of the Poor People’s Campaign of Ohio, a National Call for Moral Revival”.  Their webinar, from 10 am will be 1 1/2 hours, instead of our usual 10-15 minute presentation, like today’s. They will show the Documentary, “Suppressed: The Fight to Vote” produced by Brave New Films & the Stacey Abrams Voter Project. They will let us know ways we can partner with groups already active in getting out the vote and lead a discussion about voting issues.

The Rev. Lynda Smith has been a member of First UU since 2014. Besides leading the JAM team, she sings with the Spirit of Life Choir. She was a Board member of UU Justice Ohio for 6 years. She was ordained as a UU minister in 2006 & has served a community ministry as a hospital chaplain, a jail chaplain, & a substance abuse counselor. She served congregations in Michigan, Indiana and Ohio (Athens). She served the Wayne County Jail in Detroit, MI for 9 months as a student chaplain. She was in the Franklin County Jail in Columbus for 1 night after she engaged in Civil Disobedience with the Poor People’s Campaign of Ohio. Retirement has given her time to expand her butterfly garden in her front yard in Clintonville.

Pay securely using a credit or debit card.  You will have to opportunity to indicate what the donation is intended for in the memo field.